The Legend of Maula Jatt Box Office Collection Till Now 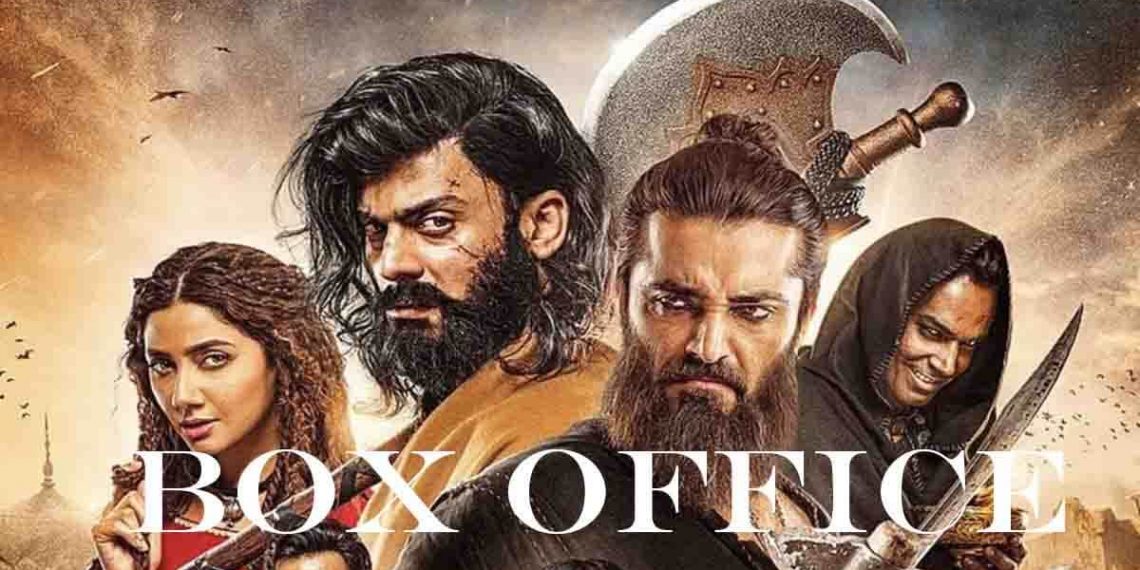 In film industries, the moving releasing dates are primarily on Fridays, while Thursdays are mainly selected to hold premiers. In premiers, most of the movies do good business. But if we talk about The Legend of Maula Jatt, expectations do rise. The directors and producers worked on this film for several years, and it is now available in theatres for fans who have long waited.

Legend of Maula Jatt is not playing in all theatres of Pakistan, although it is earning its business from the cinemas where it is available for fans.

Release Date of The Legend of Maula Jatt

The legend of Maula Jatt has released in theatres on 13th Oct 2022. Its directors and producers worked on it for several years and did their best to make it a blockbuster. Now, this is available for fans in theatres. And the movie is doing great box office business. It received much love and appreciation from people all around the world. This movie is Pakistan’s largest-budget film, approximately 60 crores.

It is a remake of the old Pakistani film “Maula Jatt.” It has a great cast of actors performing their best, making it a super hit film. Fawad khan has returned to the big screen again after a long time. People enjoyed and appreciated the content of the film.

The Legend of Maula Jatt is getting appreciation worldwide because of its cast and the great content of the movie. It has been released in above than 30 countries, including Saudi Arabia. It is not being screened in India. The legend of Maula Jatt has crossed all the records of previous movies. It has become a blockbuster movie.

The legend of Maula Jatt earned 4.9 crores in Pakistan and 4.4 crores internationally on its first day. So, it has done 9.3 crore business on its first release day. Box office projections say that it will continue to break all of the records and will soon become the first Pakistani movie to earn this much.

The director of the movie already announces that the first-day earnings of the movie will donate to the Flood victims of Pakistan. It was a grand gesture by the movie makers.

Legend of Maula Jatt did not release in all theatres of Pakistan. If it were released all over the Cinemas of Pakistan, it might be a much bigger blockbuster movie in Pakistan’s history. As per reports, the movie had 93% of cinemas access on its first day and 94% on its 2nd day.

The movie has been doing its best in the last four days and getting attention. It’s the weekend ahead, and the movie is still earning business. So, we hope it will earn the best, just like the previous days.

The Legend Of Maula Jatt Box Office Till Now

According to sources, Maula Jatt box office total collection is 100 crores till now. The Legend of Maula Jatt crossed the box office collection of 35.9 crores in the first four days. The movie proved that Pakistan has a significant content of movies, and our filmmakers can direct and produce excellent movies like Bollywood and Hollywood.

The director and writer of the movie “Bilal Lashari” said that this was the largest-budget film until now. The makers spend 50 to 60 crores on this movie. And now they are expecting to do business on a big scale. And they are hoping that this film will break all the records.

The movie, The legend of the Maula Jatt, was released in Pakistan, the Gulf, Canada, Australia, the UK, the USA, South East Asia, Africa, and Europe. The movie did not release in INDIA, but fans were waiting for it and hoping it would release in INDIA also, but the makers did not confirm that yet.

It was indeed the biggest Pakistani release internationally. It gets appreciation and hype all over the world from the time when makers were working on it day and night. Writers, Producers, and directors put all of their efforts into a movie; that’s why it is globally recognized.

The Legend of Maula Jatt earned 4.3 crores on its first day. It continues to earn till now because overseas people seem to like it very much. As per sources, Cinemas sold all the tickets for a week on their first day.

The movie makers announce that there will be 82 screens in the UK and 43 screens in the USA. Overseas Pakistani and foreigners were much more excited about the legend of Maula Jatt than Pakistanis. Overseas people gave their opinions and said they had never watched this unusual movie. It was a great experience for them.

The movie is being recognized worldwide and getting much appreciation from other countries.

The Cast Of The Legend Of Maula Jatt

Many biggest stars in this movie fill the colors on our screens. “Mery Humsafar” couple “Fawad Khan” and “Mahira Khan” are pairing again in Maula Jatt. The whole cast of the movie is:

The film “The Legend of Maula Jatt” is inspired by Ahmad Nadeem Qasmi’s short story “Gandasa,” which describes the culture of Gujranwala. It is a remake of the 1979 movie “Maula Jatt.”

Actor Fawad khan is the main lead in the movie, and his Co-stars are Mahira khan and Humaima Malick. The film was released on 13th Oct 2022 globally. It is getting much appreciation and being recognized by other countries and people.

How to Start Learning VA for Amazon – By Virtual Assistant Course

Do you see a lot of acronyms on Instagram that are confusing for you? Then don't worry; you are not...

Have you heard someone using CFS on Instagram and don't know what does CFS mean on Instagram? Or are you...

Internet and social Apps have brought together people from all cultures to interact socially and have fun sharing their life...

10 Wrestlers Who Died in the Ring During Match

How to Start Learning VA for Amazon – By Virtual Assistant Course