Are Gaming Laptops Good for Video Editing in 2022

Are Gaming Laptops Good for Video Editing in 2022

Video editing and graphic designing are quite demanding tasks, and only a powerful gaming laptop with hard core specs and robust hardware can meet these demands.

What to consider when choosing a gaming laptop for video editing?

Let’s take a look at the key factors of a gaming laptop that is also suitable for video editing and graphics designing.

The CPU provides the processing power to the laptop while executing the work. Without a good processor, you’ll struggle with a slow and sluggish editing experience.

A multi-core CPU would be perfect for editing. Modern editing software such as Filmora, Final Cut Pro, Adobe Premiere, and Sony Vegas take advantage of more CPU cores and hyper-threading. At least to make negligible choices on a quad-core CPU.

In general, most editing software relies on the CPU, not the GPU, with a few exceptions, such as DaVinci Resolve, which only relies on the GPU. The minimum specification in the CPU section should be Intel Core i5 10th Gen or higher.

GPUs are the heart of gaming laptops, but as mentioned above, only a few software programs take advantage of GPUs. However, it would also be wrong to say that other programs use only the CPU for all tasks.

It depends on the type of work you do. For example, if you add a significant amount of visual effects to your video using Adobe After Effects, or if you work with 3D modeling and compositing software, you may need to render these projects. Requires a powerful GPU.

In addition, some software, such as Adobe Premiere Pro, uses Nvidia’s CUDA acceleration and AMD’s OpenCL to render scenes. They use the GPU to do this. Consider all these things before buying a laptop. You should have at least Nvidia GTX 1060Ti or better.

Screen will be an important factor in choosing a gaming laptop for video editing. Of course, it depends on the level of quality you want to create, but the higher the quality of the screen, the easier the task. If you’re primarily editing with an external monitor connected to your laptop, this setting may be less important.

For example, having an accurate color screen for color grading improves the result. There are a number of screen options available for laptops, including OLED and Mini LED, but in general, most models designed with gaming in mind have high-refresh-rate IPS or similar panels.

These are not inherently bad and can be very good. It depends on the specific panel. Generally, higher-quality panels increase the price of a laptop, so you should check on-screen specifications such as color gamut, color accuracy, brightness and contrast.

The screen is one of the areas where cheap gaming laptops save money. You can edit video with a cheap entry-level gaming laptop, but don’t expect great screen quality.

Some gaming laptops have a 4K 60Hz screen with 1080p 144Hz which offers great color gamut and brightness but may have a low color gamut. Of course, the latter is better for gaming, so it’s up to you to decide which workload is more important to you.

RAM, also known as memory, is a temporary storage machine that stores data for easy and fast work. It is a non-volatile storage device. In other words, closing any running program or shutting down the laptop destroys everything on it.

RAM works, for example, when you open your favorite editing program, load a 4k video file into the timeline, scrub the timeline, work with plugins, and 45 of edited clips. Let’s preview the second. All data and information is written/read into the RAM instantly, providing a smooth experience while working on your laptop.

You should have at least 8GB to 16GB of RAM, however if you are an advanced video editor and have a powerful gaming laptop like the Asus ROG Zephyrus M15, you should have 32GB for a smooth experience. .

Storage space is also an important component of video editing. Unlike RAM, storage devices store data permanently until the user (user) deletes the data. Login data is persistent and is not deleted when the system is shut down. Without leg modification you should go for 512GB SSD storage.

Are gaming laptops good for graphic design and video editing?

So, if you have a high efficiency cooling system, this is a real advantage. Our experts recommend using a gaming laptop for graphic design, animation and video editing.

What is the difference between a gaming laptop and an editing laptop?

Gaming laptops need a lot of GPU power, not CPU power. So, a mid-range gaming laptop struggles with video editing in 4k but can play 4k games just fine. A GPU is essential for video editing, but having a high-performance CPU is even more important to keep your laptop fully functional.

Which laptop is best for Adobe Premiere Pro?

Most 2-in-1 laptops are best suited for graphic design and video editing, as well as Adobe Premiere Pro. A laptop like Microsoft Surface Book is a tablet and a laptop is also a good choice. For residents of extreme climates, ASUS ROG Zephyrus G15 can absorb heat and moisture. For users of lightweight packaging, the Dell XPS 15 is lightweight and has vibrant colors. For the adventurous, the MSI WS65 9TM has military-grade durability.

How much RAM do I need to edit the 4K video?

For 4K editing, at least 16 GB of RAM is sufficient, this increases to at least 32 GB or more. Data needs to be accessed quickly by both the CPU and RAM, so memory speed is important.

Is an SSD or HDD best for video editing?

Both SSD and HDD drives are useful for video editors. SSDs are more expensive but are faster and improve performance in video editing and playback. Large capacity hard drives are slow but inexpensive, making them ideal for archiving finished video projects.

Is 512 GB enough for video editing?

A 512 GB SSD offers plenty of space for video editing. The 512GB SSD is perfect for video editing applications such as Adobe Premiere Pro, Final Cut Pro X and Coral Video Studio. When purchasing a 512GB SSD, keep in mind that video files cannot be stored on the internal hard drive. 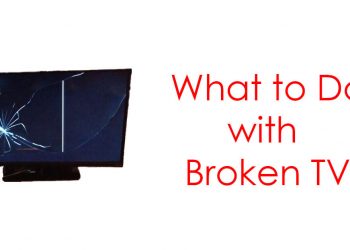