What is a Fertile Desert?

A fertile desert is one that is capable of producing vegetation if there is sufficient water. It has all components of fertile soil except water.

Tharparkar is considered as the only fertile desert in the whole world.

It is present in the southern part of Sindh, Pakistan. It is the 17th biggest desert in the world.

Tharparkar has two perennial springs called Anchlesar and Sardhro, and they flow during all times year.

It also has two temporary rivers Anchlesar and Sardhro that flow only some parts of year.
Read also: How To Check And Pay Traffic E Challan Online In Lahore
Poll Results: Should Rapists Be Hanged Publicly?

Top 10 Largest Dams by Volume...|🌊 This map shows the lists of the greatest Hydroelectric dams around the world. Two...

Gaint pandas belong to mainland China. However, they are present in zoos in more than 20 countries. The list of...

President Erdogan is the current President of Turkey. He served his nation as PM from 2003 to 2014 and president...

The Quran is the holy book of Muslims. It was revieled on Holy Prophet (S.A.W) in a duration of 23... 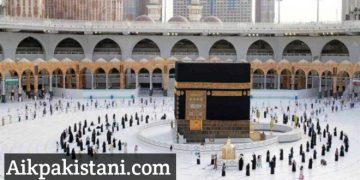